I left my forest prison on the outskirts of Perth to go and sign on at the Job center, something I am compelled to do in order to get enough money to survive, it is made worse by the fact that the date and time of the appointment is set by the British State, the very people who are imprisoning and intimidating me so they know exactly when I will be coming and going.


So heading into Perth the place is cordoned off as usual and the normal Security service personnel are jogging and cycling around me but over time I have become proficient at crossing roads etc to avoid them, then I became aware of a big guy in a red jacket behind me, for self protection I can’t tolerate anyone behind me especially someone with a red jacket (a tactic they use to intimidate me) so I turned to face the guy with my arms folded when suddenly one of the security service guys appeared on his bike, came right over. The big guy was almost panicking his eyes were alternating between me and the guy on the bike. So he walked past me, I made a remark about doing a child murderer’s dirty work and I thought I will move in behind him and see how he likes being followed, well he didn’t like it one bit, he started doing that owl impression trying to see behind him and then I knew he had military training probably special forces. So I followed him saying look why are you doing this crap, I ain’t no terrorist, if foreign forces were to invade I’d be fighting and dying along side you, I told him, I also pointed out that special forces don’t investigate crime, the police do that so why are you here? Yes to protect a child murdering blackmailed Royal I told him. He was clearly out of his depth, these guys are normally ingognito not wearing bright red jackets and he just knew what I was saying made sense.


So next day Wednesday 23rd March 2016 at PMQ’s the then leader of the SNP Angus Robertson stands up and asks why special forces soldiers do not get monitored like the other Security Service personel. Now why would the leader of the SNP be asking questions about special forces deployments if they weren’t getting deployed on his (Scottish) territory without his prior knowledge??? Robertsons’s Question is at 18min 20 seconds. 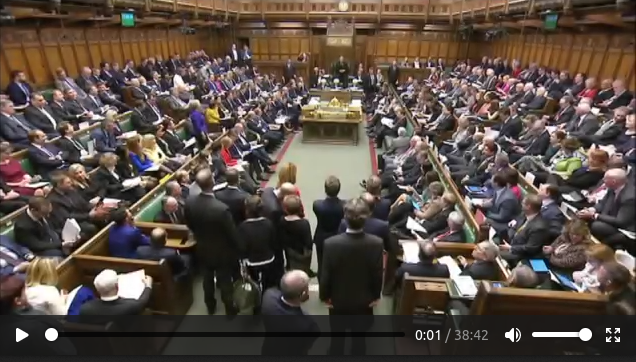