Staff member
A while ago I said that if I were PM, I would not be bowing or shining shoes. An equal terms handshake would be all that's on offer and a generous offer too! As far as I am concerned a democratically elected Prime Minister (no such entity exists at the moment) far outranks a non elected 'ceremonial' hereditary Monarch.

Rasheed Sanook has to bow as he is a (non elected) stooge and has to do as he is told, where as Stella McCartney (or something) does not as she tells him what to do! 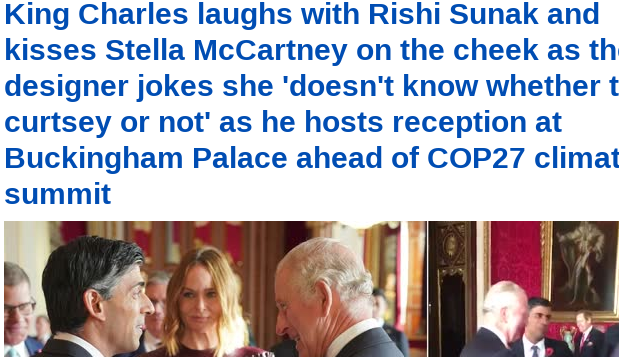 Staff member
Wow, just a few hours after I published the above caption, the right wing publication responsible for it have edited it and removed the curtsey reference?