I thought I was the only One

Staff member
Who was noticing this shameful humiliation that can only be perpetrated buy our new so called (blackmailed(?) King. Something I am all too used to, like going to sign on, only to find no members of the public, just 'special branch' occupying all the public seating. I can tell this by their age group and fitness level and my long experience of being subjected to state interference. Special Branch, although attached to the police, do not investigate crime, they are involved with national security and in my case they have the shameful task of appeasing the blackmailed Royal's blackmailers or to put it another way, doing the blackmailers, in my case so called Father's dirty work (against me) on behalf of the blackmailed Royal(s) as persecuting me is preferable to the world finding out just why these Royal(s) are being blackmailed.

So back at the Job Center I would be offered a seat on my own facing these people before a woman would come and 'parade' her child in front of me for about a couple of minutes before walking off. You don't get accused of anything (as that would be refutable and libelous) but the inference is certainly there for the 'audience' to see! 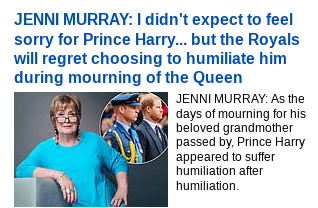