Staff member
As you can see from the wholesale price of gas over the last year that although there were a couple of spikes during the summer when no one was using gas or electricity, the price is not much higher now than it was a year ago, and oil is relatively cheap too. So who is making all the money from the extremely high government subsidised gas and electricity prices? Why the fat cats at the privatised by blackmailed Royals Utility Companies, think about it as head of state would they really sell off State owned Utility companies if they were not being blackmailed?

It is like these fat cat blackmailers have done a deal with their blackmail victim (Charles) so they can cream off (Launder) as much British tax payers money through energy subsidies while he remains King in return for not cashing in their blackmail chips after he is forced out! It is an absolute scandal and we will ALL have to pay in the long run as that fat cat money will be gone for ever! No wonder these (blackmailers) constitute most of the richest Billionaires in the world! 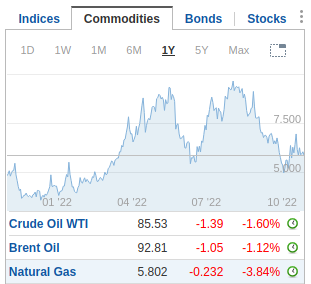